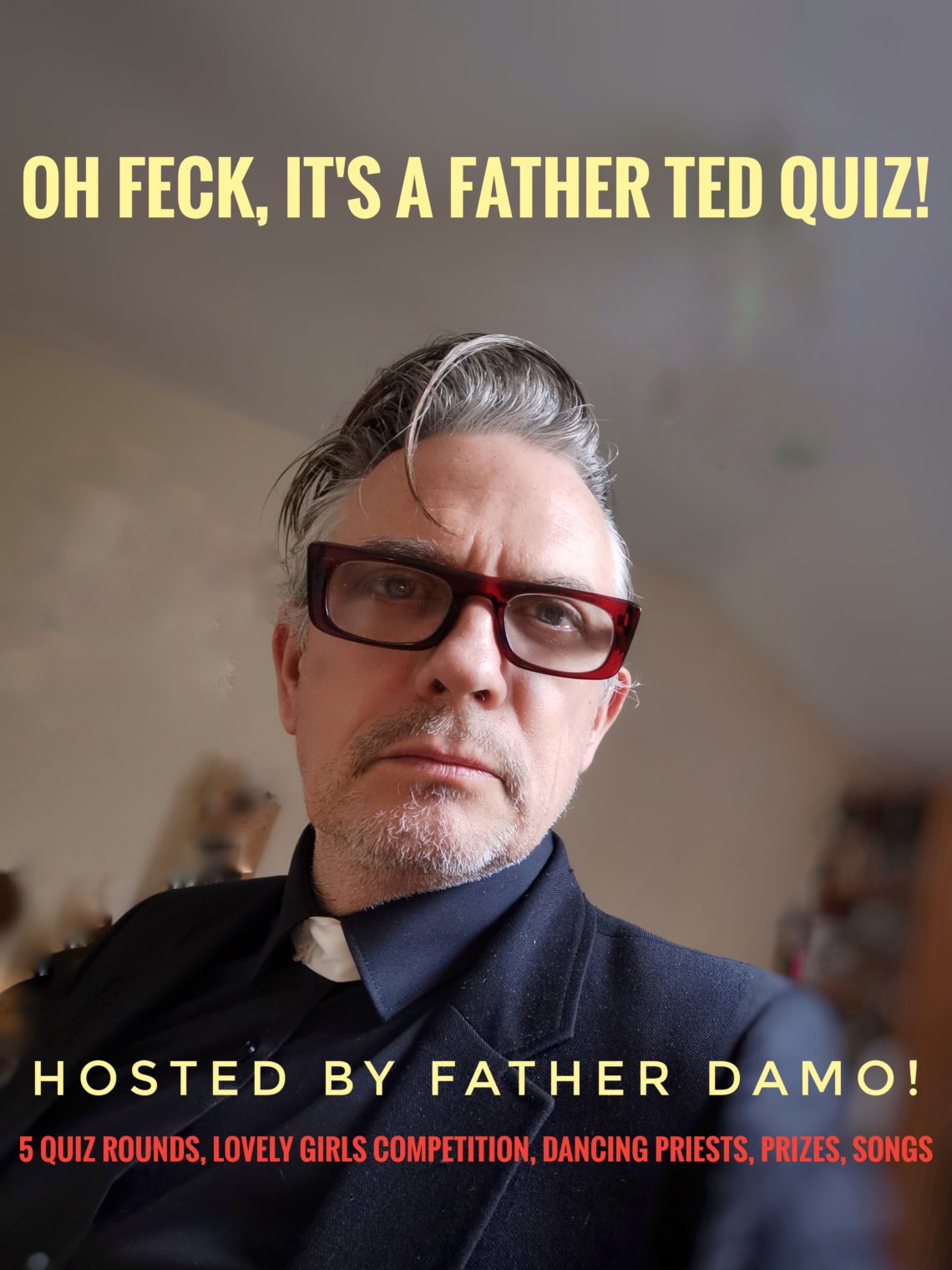 What the feck it’s the Father Ted table quiz?!!

Father Damo (Joe Rooney) will host 5 Rounds of a Father Ted Quiz
There will be a visual round, an audio round and three rounds of trivia punctuated by a Lovely Girls Competition, a Dancing Priests Competition and a few songs including of course a rendition of My Lovely Horse.
Joe Rooney is a renowned stand up comedian in his own right so the quiz will be punctuated with lots of impromptu gags and comic musical interludes.

The intensity he puts into his singing and character acting is on another level. His act rolls along smoothly and nothing felt forced…… an enjoyable romp with songs, great stand-up and excellent storytelling, full of gags. - Chortle 2019 ***

The Father Ted quiz as an online event will be performed as a Zoom meeting. The answers will be written on a piece of paper by you the contestant, photographed with your phone and sent to Joe’s Facebook page. His assistant checks the answers and the answers are read out after we have totted up each round. We can get three volunteers for the Lovely Girls Competition and they will chat to Joe beforehand so they can be ready with a party trick which can be prerecorded and make a sandwich which they will hold up to the camera to be judged.

Three volunteers for the Dancing Priests Competition will chat to Father Damo and are judged on their dancing which they will have prerecorded.

Prerecords can be done on TikTok or just on the phone and sent to Joe so he can edit them and play them for everyone to see.

Prizes can be provided by the company hosting the event. 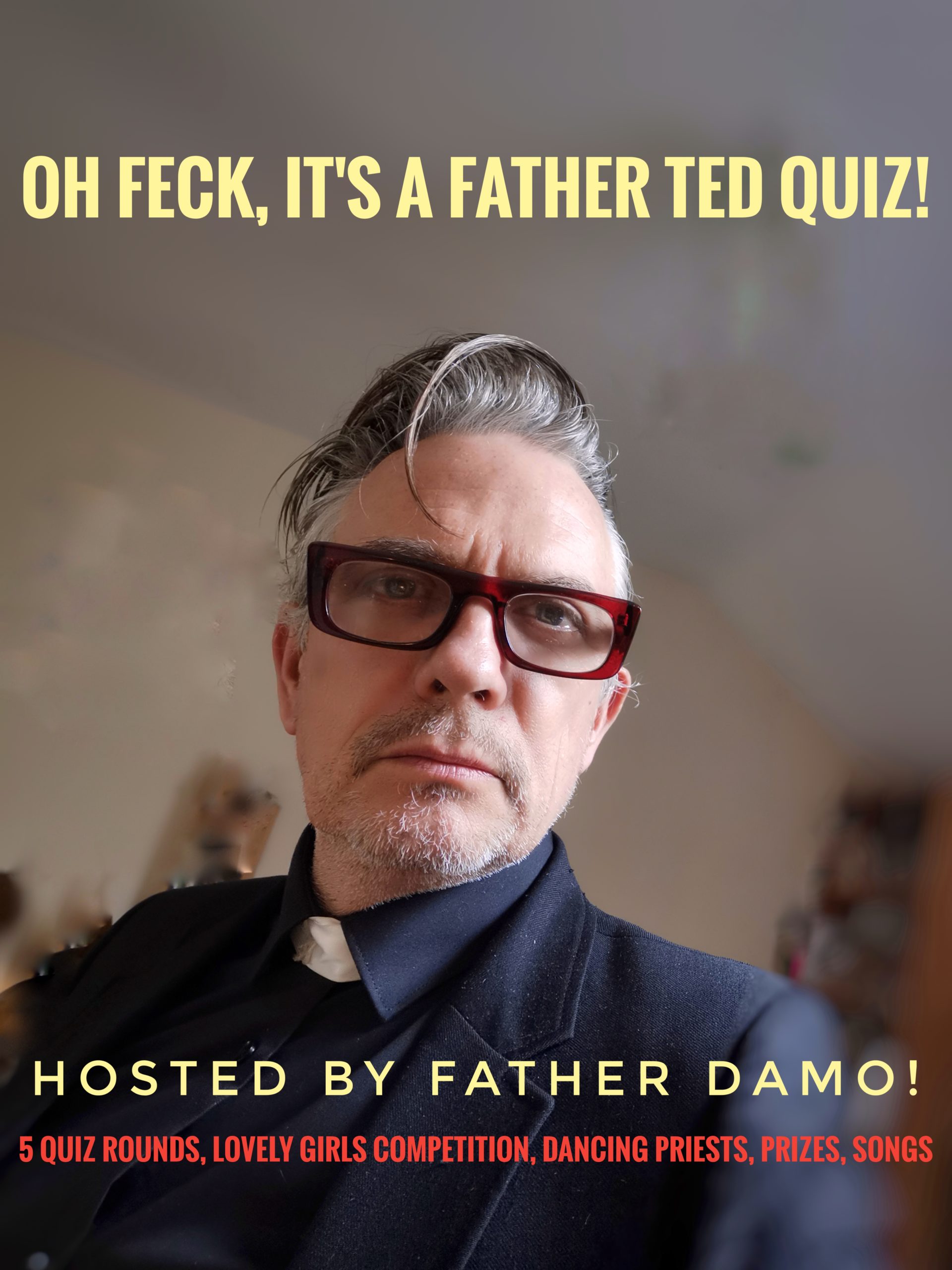